July 12, 2020
Rambling during COVID-19
Click here to know why to ramble today is advantageous
To see all the superman/superhero pics as mentioned in the above video, click the blue Facebook icon below to view the whole album or watch this speedy video. The Blue Boy Mansion transformation project mentioned at the end of the video above has a website under the same name www.BlueBoyMansion.com
To view all pics, click the blue FaceBook icon found on the top right of the frame.
In Singapore
In Kuala Lumpur 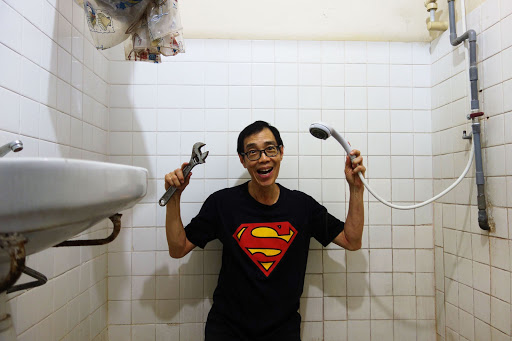 Below is a graphical representation of the tripartite nature of my Consciousness:
First there is my Body (EQ) important for relationships or feelings

SHI is the acronym I use to represent my strength in "Spirit Human Interaction"
I use the word 'interaction' as found in physics where the fundamental interactions, also known as fundamental forces, are the interactions that do not appear to be reducible to more basic interactions. There are four fundamental interactions known to exist: the gravitational and electromagnetic interactions, which produce significant long-range forces whose effects can be seen directly in everyday life, and the strong and weak interactions, which produce forces at minuscule, subatomic distances and govern nuclear interactions.
I acquired very good Western Eastern Interaction(WEI) experience, having been born in Malaya just after independence from the British to have travelled frequently between both worlds. With my  Computer Human Interaction(CHI) skillset, I have been able to keep up with technology and the fast growing information that comes with it. Last but not least, I'm grateful for the wonderful years of Spirit Human Interaction(SHI) as a priesthood holder in my faith and my interaction with many people of different faith and religions, to appreciate more of what we have in common than our differences.

However my feedback is that they failed to change the spelling of C in CPC Communist Party of China so perhaps it is a mistake in rebranding by someone. Religion(Spirit) isn't something they favor due to the worry that religious leaders may turn their followers against the CPC.  It's all very psychological which explains why I created this website to help increase the awareness or consciousness of Man and his World.
Listen to this view of a well educated American, Cyrus Janssen, who explains logically why Communism is more advantageous to China than the US system of democracy. However the view by Thorsten J. Pattberg, a German philologist and cultural critic from Peking University seem to differ. Both seems to have opposite views of the same country. How is that so?
I reflected on this and am reminded about the difference between two English words of "Belief" and "Faith" I had always thought they meant the same until... I read Alan Watts's book entitled "The Wisdom of Insecurity" to learn this: "Belief is more closed as the believer is open to the truth only if it fits in with his preconceived ideas and wishes. Faith, on the other hand, is an unreserved opening of the mind to truth, whatever it may turn out to be. Faith has no preconceptions, it is a plunge to the unknown. Belief clings but faith lets go. In this sense of the word, faith is the essential virtue of science, and likewise of any religion that is not based on self-deception."
My talk at a Church Zoom Meeting
In writing my journals for just over 40 years, starting from paper originally to converting them online over time, I have created the following content that are regularly being updated:
My Websites
www.lovelearnlight.com
www.lovelearnlife.com

www.familylane.info
www.fastlane.info
www.spiritlane.info
www.talklane.com
www.habitlane.com
www.bemoreknowhow.org
www.bemoreknowhow.com
www.blueboymansion.com
www.transpersonalpsychology.info
Click here to know why writing journals has 85 benefits for your life from Positive Psychology. Here is about the psychology behind journaling.
My early journals started with scrapbooks with pasted photographs and short captions when I was a kid. It advanced to using printed diaries given to me by my father as I got older with only short notes of events to be remembered.

I achieved well in my school exams that gave me an entitlement to be put into the harder to join Science stream that would better prepare a student to qualify to be a doctor, engineer or architect etc. These were considered to be the desired professional occupations with higher salaries as a legacy left behind by the traditionally conservative British Empire that once ruled the world including Malaya. My father started off very poor in Penang Malaysia with no inheritance from his father who was the 1st generation child who inherited untold wealth from my great-grand father. My father never informed me of his father or ancestry nor that he had many wives spread out between China, Indonesia and Malaysia. I only learned more after he passed away by interacting with my oldest sister who was raised by my grandmother in Penang.
As my father aged and I was myself no longer a young man, reaching half a century old, I had a most memorable conversation with my father in the year 2008 on Father's Day when he was 87 shared in this profound journal. Why profound is because I laid out my life before him that was recorded in my journal which I could reflect on today in the year 2020. I was inspired to read the writings of James Allen that had a link under his name to lead to his most famous work, "As a Man Thinketh". The original link was here that I had read a few times to find the English text a little challenging to require me to read it over a few times in order to understand it more fully. To help me understand the 7 chapters of text more fully, I found a voice recording of the book here so that I could repeat listening to it's content more easily even in bed at night instead of reading it repeatedly. With my knowledge of technology, I decided to create a new online site containing all the 7 chapters that was readable on the phone as well as the computer with an audio link added added at the end of the online book.

Live telecast of interfaith from Malaysia 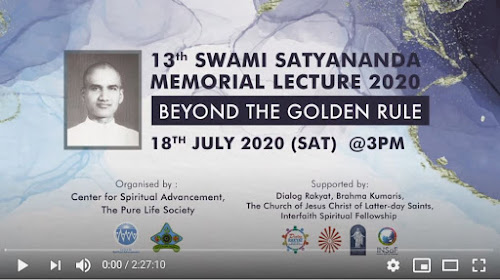 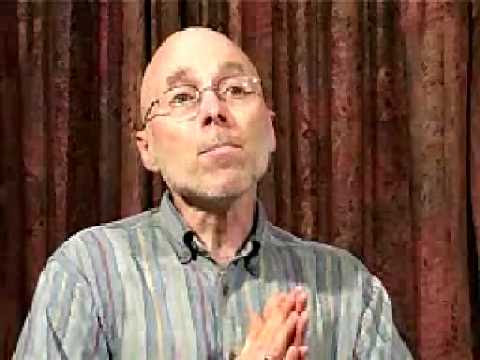